This conceptual paper attempts to address Tun Mahathir’s Malay dilemma speeches from the perspective of rhetorical analysis. Unlike other rhetorical studies on Tun Mahathir which mainly dwelled on his 23 years of reign as the time frames, this research significantly attempts to fathom his rhetorical strategies. As speech is a persuasive medium that verbalizes one’s thoughts, it would be interesting to unearth how he implemented his rhetorical strategies within this period as Tun Mahathir successfully led the then-opposition coalition to an unexpected victory of the 2018 general election.

As of 2018, Tun Dr. Mahathir is the world’s oldest Prime Minister (Stubbings, 2018) when he was reappointed as the prime minister of Malaysia for the second time after abdicating the premiership in 2003. The David versus Goliath victory of the then-opposition coalition Pakatan Harapan (PH) led by Tun Mahathir (Abdullah, 2019) against the reigning political coalition, Barisan Nasional (BN) was historical as for the first time since Malaysia’s independence in 1957, the government was to be headed by the opposition political coalition.

Prior to the 2018 general election, Tun Dr. Mahathir established a new political party called Parti Pribumi Bersatu Malaysia (PPBM) in 2016 with the hope that it would able to replace the legendary United Malays National Organization (UMNO) in championing the rights of the Malays and their issues (Jan, 2018). Although his political course deviated from being a staunch UMNO member to the leader of a then-opposition coalition PH, Tun Dr. Mahathir’s instrumental views on the Malays remained consistent (Hutchinson, 2018; Musa, 1999; Suryadinata, 1985) throughout his life. Ironically, Mahathir’s popularity with the Malays waned at the edge of the first premiership in 2003 (Khattab, 2015; Shukry, 2013) although many scholarly writings hailed him as an ‘ultra-Malay’ throughout the 23 years of his premiership (Ahmad, 2010; Mauzy and Milne, 1983).

He was considered as “un-Malay” (Buang, 2017; Aun, 2000) and a misfit (Khalid, 2007) unworthy to be taken seriously by the conservative Malay Muslim voters. This was also worsened by Tun Dr. Mahathir’s constant critiques towards his successors’ leaderships (Ufen, 2009).

Nevertheless, the 15 years of Tun Dr. Mahathir’s political hiatus is a curious period as it started with him being an unpopular figure among the Malays but at the edge of the political hiatus in 2018, his collaboration in PH managed to swing more than 10% of the Malay support for BN from the previous election (Abdullah, 2019) and that marked as the never-seen-before avalanche of ‘Malay Tsunami’ votes (Rahman, 2018; Nadzri, 2018). Mahathir first coined the terminology “The Malay dilemma” in his infamous 1978 book when he addressed the socio-cultural and economic characteristics of the Malays which are holding back them from enjoying the prosperity of the nation (Pakri, 2004). He continued to talk about that and its relation with the Malays survival even during his political hiatus where he did not hold any significant post in the government and despite the undulating support from the Malays.

Rhetoric studies comprises of persuasive techniques used by public orators such as politicians to get engaged with their audiences. With speech as a medium needed to coax the minds of the audience (Gadalla, 2011), politicians incorporate rhetoric in speeches for greater impact towards their respective audiences.

Tun Dr. Mahathir has delivered thousands of speeches throughout his life (Wain, 2009) and thus used rhetoric in the speeches. As a renowned public orator, scholars are intrigued by Tun Dr. Mahathir’s forceful and didactic style of speech (Funston, 1998) and therefore there are many researches with various methodologies that were conducted to analyse his speeches such as critical discourse analysis (Shukry, 2013; David and Dumanig, 2011; Haque and Khan, 2004; Ghazali, 2004), critical metaphor analysis (Imani and Habil, 2014), content analysis (Mazli, 2014) and Perelman’s theory of argumentation (Basri, 1996).

Findings in the literature suggest that there are four outstanding local-based Neo-Aristotelian rhetorical criticism studies (Shah et al., 2014; Khor, 2012; Ahmad, 2010; Ahmad, 2007) on speeches catered towards Malaysian audiences. Shah et al. focused on elocutio when metaphors used by Aminuddin Baki in his Torch Movement Speech 2 were examined whereas Khor used only two canons of rhetoric namely inventio and dispositio in the research as the artifacts were written speeches delivered by non-native English speakers and therefore, canons of style and delivery were omitted from analysis. The application these two canons of rhetoric could also be seen in 2011 as Ahmad analysed 26 speeches of Malaysian first Prime Minister Tunku Abdul Rahman.

However in the doctoral thesis on Tun Dr. Mahathir Mohamad’s 21 UMNO Speeches from 1982-2003 that he conducted in 2007, Ahmad applied inventio, dispositio and elocutio to support the analysis on the connection between Tun Dr. Mahathir’s logical proofs to his thoughts. It is found that all four studies did not apply the whole five canons of rhetoric. In this vein, the scope of this research also will not implement all the five canons of rhetoric for the aims are to see the applications of Tun Dr. Mahathir Mohamad’s evidence and reasoning, rhetorical structures and rhetorical techniques in his speeches. Therefore, this research will only focus on the Aristotelian inventio, dispositio and elocutio.

The justifications for such selection are due to canon of memory as somewhat less important in today’s world since it is common for public orators to rely on flashcards, notes, and teleprompters while delivering speeches (Reynolds, 1968). On the other hand, canon of delivery is relatively new in terms of being the focus of rhetorical researches in comparison to the other three canons. Due to various interpretations of how the canon of delivery should be used for analysis, the researcher has opted to exclude it in this research.

What is rhetoric? According to Aristotle, rhetoric is a faculty of discovering means of persuasion (McCroskey, 2015) while contemporary scholars such as Herrick defined it as deliberation in submissive choice-making by audience without external force (Herrick, 1992) and Foss viewed it as the action humans perform when they use symbols for the purpose of communication with one another (Foss, 2019). In short, rhetoric is used by the speaker to change his audiences’ minds into his own directions. The Rhetorical Classical Theory comprises of the Five Canons of Rhetoric. It was inspired by the three rhetorical devices coined by Aristotle namely the ethos which are the characteristics of the speaker, pathos the emotional appeals and logos which are the rational appeals.

The Roman scholars Cicero and Quintillianus then perfected the theory by assembling five tenets a speaker should adhere to in order to maximize the persuasiveness of his speech. The five tenets are inventio (canon of invention), dispositio (canon of organization), elocutio (canon of style), memoria (canon of memory) and pronuntiatio (canon of delivery). It was until 1925 that this theory was revived by Wilchelns under the name Neo-Aristotelian as the first formal rhetorical criticism (Foss, 2019).

END_OF_DOCUMENT_TOKEN_TO_BE_REPLACED

Active audiences: Active audiences are those people who receive information actively as well as make sense of the messages from the perspective of their social and personal contexts. These audiences perform it unintentionally.

Focuses on simple cues (e.g., appearances instead of content)

2. What is the difference between an active and passive audience?

3. Example of Active and Passive Audiences:

Active audiences: Complicated and Critical thinker who has good schemata

Passive audiences: Merely observer and cognitive miser who are lazy to think.

5. What is the Active Audience Theory? According to Wikipedia

Active audience theory argues that media audiences do not just receive information passively but are actively involved, often unconsciously, in making sense of the message within their personal and social contexts.

Decoding a media message may, therefore, be influenced by such things as family background, beliefs, values, culture, interests, education and experiences. Other theories and models are compatible with active audience theory, including the Encoding/Decoding model and the Uses and gratifications theory, which states that audiences are actively involved in determining what media they engage with and how in order to gratify specific needs or desires.

The Mass media article refers to a Culturalist theory, however, there is little evidence of its use in relation to (mass) media. Active audience theory is seen as a direct contrast to the Effects traditions, however, Jenny Kitzinger argues against discounting the effect or influence media can have on an audience, acknowledging that an active audience does not mean that media effect or influence is not possible. Supporting this view, other theories combine the concepts of active audience theory and the effects model, such as the two-step flow theory where Katz and Lazarsfeld argue that persuasive media texts are filtered through opinion leaders who are in a position to ‘influence’ the targeted audience through social networks and peer groups.

Infographic means a collection of data with imagery, chart, statistical report but minimal text that easy to perceive the overview of topics. It is a visual representation of information and data. It helps to describe the executive summary of the topics and issues. Also, the Infographic template makes presentations more vivacious and professional. It can demonstrate huge information in little text.

Infographic flat PowerPoint templates are essential elements for making a successful professional and academic presentation. Here, we share some infographic templates that exhibit attractive showcase of the information. Firstly, These templates will help you to make your presentation more attractive. In addition, The design of these templates is just awesome with the creative and editable chart. Further, Anyone can edit and insert his or her information inside these templates to use it. Finally, the magnitude and directional image will give a strong corporate look.

These infographic templates were not free but on behalf of the newsmoor website, we have provided you totally free.

These Templates include outstanding slides for creating an amazing presentation of the following:

You will get more infographic templates than the list has been given below. 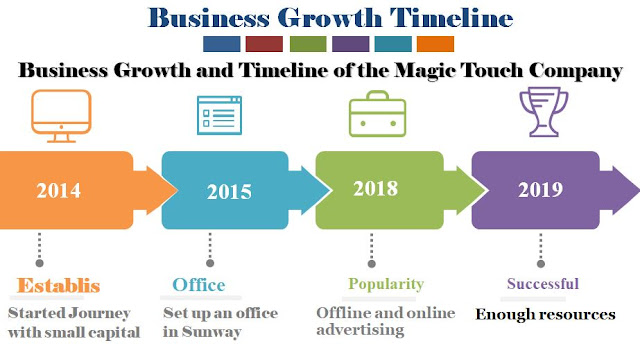 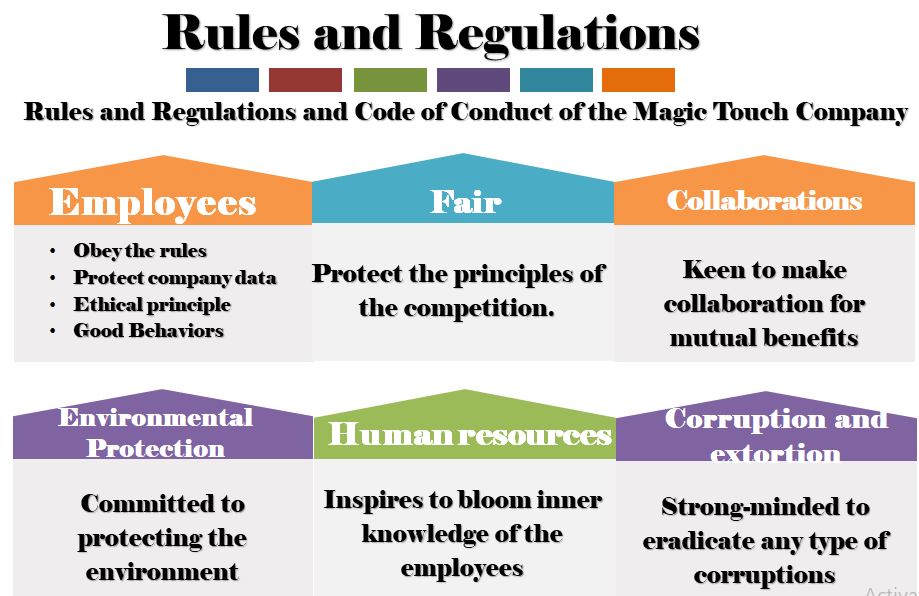